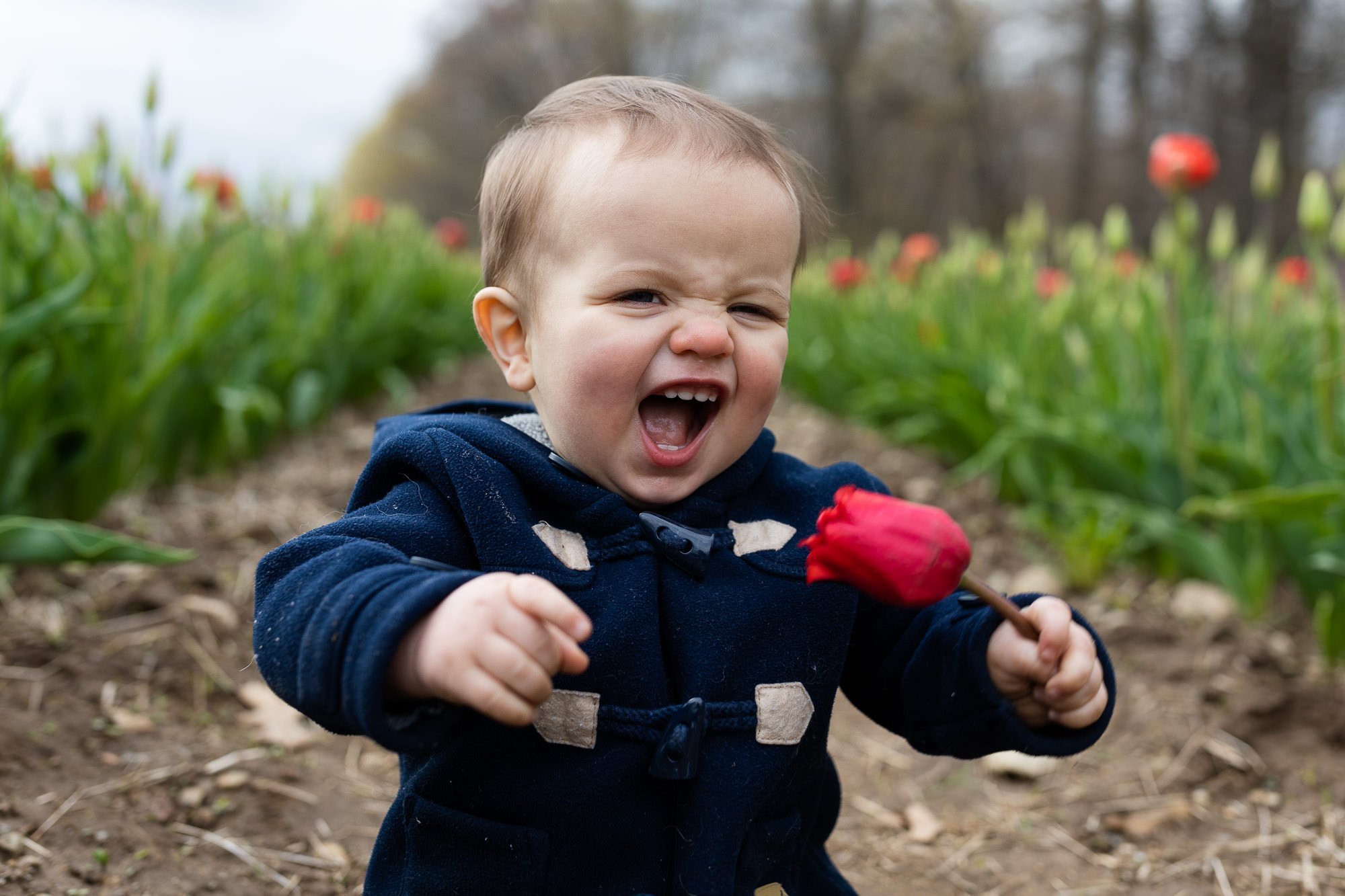 I scored a ticket to Wicked Tulip Farm in Johnston, RI yesterday and decided to bring along my son Cam and practice some family photography on him. I was expecting it to be a bit of a $h!t Show – it rained earlier in the day and they had sent out an email advising visitors of muddy conditions. Not to mention going anywhere with a one year old AND trying to take photos is challenging to say the least. Nevertheless we decided to go check it out.

I don’t want to say it was a walk in the park, because it wasn’t. I had Cam strapped to my front in an Ergo Baby carrier, a camera bag on my back, my camera over my shoulder, and a bucket to pick tulips on my arm. What did make it so much easier was the fact that Cam LOVED the tulips! We first did a lap around the field of 200,000 tulips. I then sat him down next to a row of flowers and he spent a good 10 minutes reaching out and touching them with his fingertip and laughing hysterically.

Then at one point he reached out and grabbed one and “picked” it, which he thought was SO fun. That one little tulip became something to investigate, to sniff, to wave around like a magic wand. It occupied him for a solid hour, which was well worth the extra $1 spent for his masticated tulip.

We ended up spending a full 2 hours at Wicked Tulip Farm in RI (3:30-5:30pm). It got crowded towards the end, but we were able to work around people to get some family photography and bring home a beautiful bouquet of tulips (that Cam is obsessed with looking at). And in typical Little Rhody fashion, everyone was super friendly and helpful so it turned out to be an afternoon really well spent! 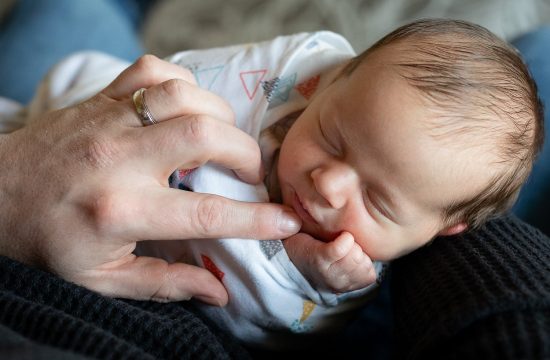 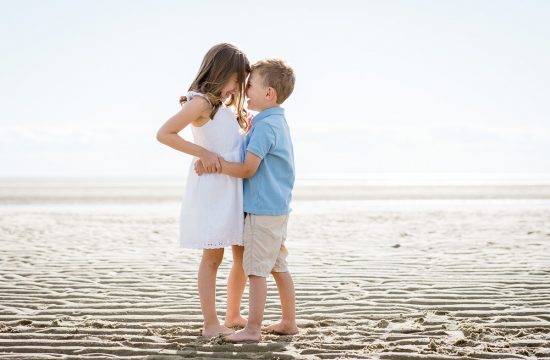 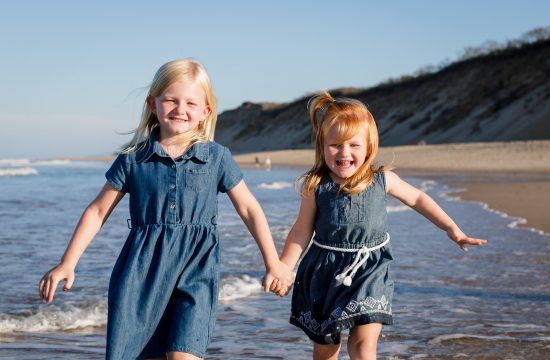